A drunk in a wheelchair is never a pretty sight ...

... and cartoonist John Callahan made an uglier sight than most. Prone to rocketing around the suburbs of his home town, abusing social workers and passers by, he found redemption in acerbic cartoons that were very black, and chokingly funny.

Oddly enough, Joaquin Phoenix, who plays the benighted Callahan in a brilliant new movie, 'Don't Worry, He Won't Get Far on Foot' has also had his struggles with alcohol and was also almost killed in an auto wreck of his own making. 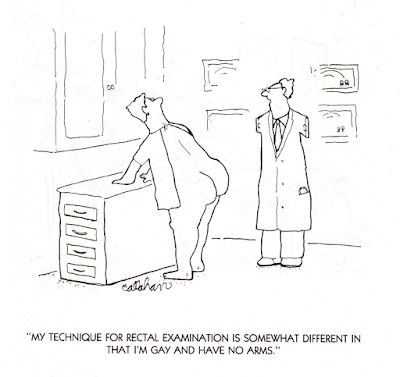 In real life, Callahan's drinking accelerated after the accident that crippled him, until a miraculous vision of his mother appeared at his bedside and told him to sort his shit.

Next stop, Alcoholics Anonymous, and the most hilarious (and touching) scenes in this movie are set in the home of his wealthy hippie sponsor, who guides Callahan along the perilous road to sobriety.

We could all do with a stretch in AA - not necessarily for substance abuse, but because of the ruthlessly sane philosophy it propagates. Self-pity and self-serving whinging are very much off the agenda, and the heart of the AA philosophy is an invocation to the alcoholic to take complete responsibility for his life.

After pouring out his woes, and receiving scant sympathy from the group, Callahan abuses an obese young woman for her heartlessness: 'How can you know what I'm going through?' he whines.

'Actually,' she says, 'I have cancer of the heart.'

It's a salutary moment: 'If you keep on with this poor me shit,' she goes on, 'You'll end up saying 'poor me another glass'.' 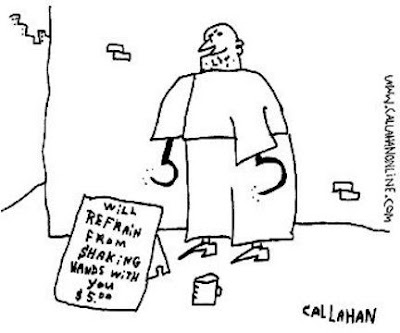 As the scales (more or less) fall from Callahan's bloodshot eyes, he embarks on a series of chaotic adventures - botched sexual encounters, spectacular humiliations, no-win gambits - all of which are executed with a kind of manic zeal that leaves you laughing and crying by turns.

His cartoons, published widely throughout the USA, at first glance appear to mock the plight of the disabled, the marginal, the despised, but in fact are unerringly accurate about the patronising way minority groups are treated.

In another cartoon, a large and threatening perimeter fence, topped with barbed wire, is sign-posted: WARNING, AREA PATROLLED BY LESBIANS.

What offended Callahan most, and what Gus Van Sant's movie clearly depicts, is the way marginal or minority groups are handled with social awkwardness and embarassment, but rarely treated with the brusque equality and respect he craved.

Callahan's cartoons teeter on the brink of the repugnant, and it's this very high-wire act that makes them so compelling. He would delight in publishing the (copious) hate mail he received ... and it is precisely this mischievous iconoclasm that makes him such a riveting figure.

Now dead, after a mishandled operation for his bed sores (something he would have cartooned with glee), Callahan's story is an unmissable look at a truly gifted artist with a fanatic's heart ... a man who rushed in to zestfully occupy the zone that angels fear to tread.