What The Bard could tell The Donald

Trump is famously a non-reader. Last year the Washington Post quoted him as saying he has no time to read: “I never have. I’m always busy ..."

If he were a reader, he might be familiar with what the 16th century son of a glover from Stratford-upon-Avon had to say about the single-minded pursuit of power.

The combative Macbeth, a Scottish lord, is seduced by a ghoulish trio of confidents into believing that he is destined for great things ... that he will ascend to be King of Scotland. Spurred on by the prophecy, and colluding with ambitious members of his family, Macbeth plots the murder of the reigning King Duncan. 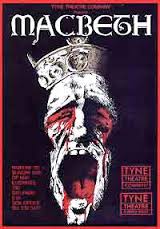 In order to conceal the criminal nature of his ascent to power, Macbeth weaves a tangle of subterfuge and lies, and is forced to ruthlessly dispose of all those who may reveal his actions. The physical and psychological cost is high, and Macbeth is increasingly wracked by paranoia, startling hallucinations and tormented midnight tweets.

In Act 1, as he plots the demise of another opponent, he anguishes over 'bloody instructions, which being taught, return to plague the inventor',  and confesses to 'vaulting ambition, which o'leaps itself'.

The most compelling passages of Macbeth are his increasingly violent swings between megalomania and guilt ... as his psyche steadily unravels, and members of his family, equally tormented, meet their demise.

Opposition forces slowly assemble, until, isolated in his castle, surrounded only by those most blindly loyal, he is dispatched by the avenging MacMueller.

A compelling literary portrait of the price of ruthless pursuit of power, Macbeth is a salutary tale for anyone who wishes to lead a nation, and who would stoop at nothing to do so.

It's a safe bet that Trump has never read it.