"Will no-one rid me of this troublesome dissident?" The Skripal case

In T.S. Eliot's great verse drama, Murder in the Cathedral, four knights come to the church of dissident Thomas Becket, the Archbishop of Canterbury, and cut him to pieces with swords.

The play, based on the historic murder, is set in the 12th century, and the knights are freelancers, spurred on by the ambiguous words of their irritated king, Henry II, namely ...'Will no-one rid me of this troublesome priest?'

It's possible the Skripal poisoning case was a rogue or ‘false flag’ affair… either by freelance elements in the FSB (the Russian secret security apparatus), or by some oligarch who wanted Skripal dead … and was acting, like the four knights, in the possibly mistaken view that such an assassination would ingratiate said oligarch to Putin.

If so, given the massive sanctions against Russia announced this week, the freezing of Putin’s overseas accounts (his oligarch proxies hold his money abroad), said oligarch’s days are numbered, because the FSB will now find and eliminate him.

I even think that there is a possibility that the Skripal attack was a CIA / FBI set-up to frame Russia, given the reluctance by Trump to implement sanctions against Russia, and Trump’s open contempt for the FBI / CIA / American intelligence services. ‘OK, if Trump won’t sanction Russia for making fools of us, see if he can ignore this geopolitical storm’.

These are Machiavellian theories, but with some credibility given the Iraq Weapons of Mass Destruction fiasco. The CIA have done stranger things, and they may be the only folk outside Russia capable of deploying the nerve agent Novichok effectively.

However, I still put these theories at a probability of no more than about 25%. Maximum. 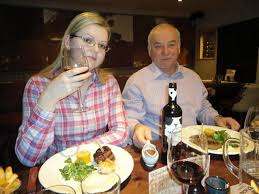 The historic record; the use of a Soviet era nerve agent; the oft-stated hatred by Putin of ‘traitors’ … the policy of assassination of political opponents within Russia by Putin’s goons, including prominent critical journalists … the assassination of Litvinenko in London with polonium in 2006; all create a compelling circumstantial case for Putin being the culprit.

Case not proven (yet) on publicly available evidence, but extremely strong.