On 'Eua, the dominant life-form is the pig. These confident animals trot down the main streets of the villages en convoi, rummage on lawns, plough up driveways, and generally out-muscle all other creatures including humans. 'Eua is a poor island, with many of its 5000 residents living in tiny corrugated iron shacks, surrounded by muddy lawns, on which these pigs run rampant. 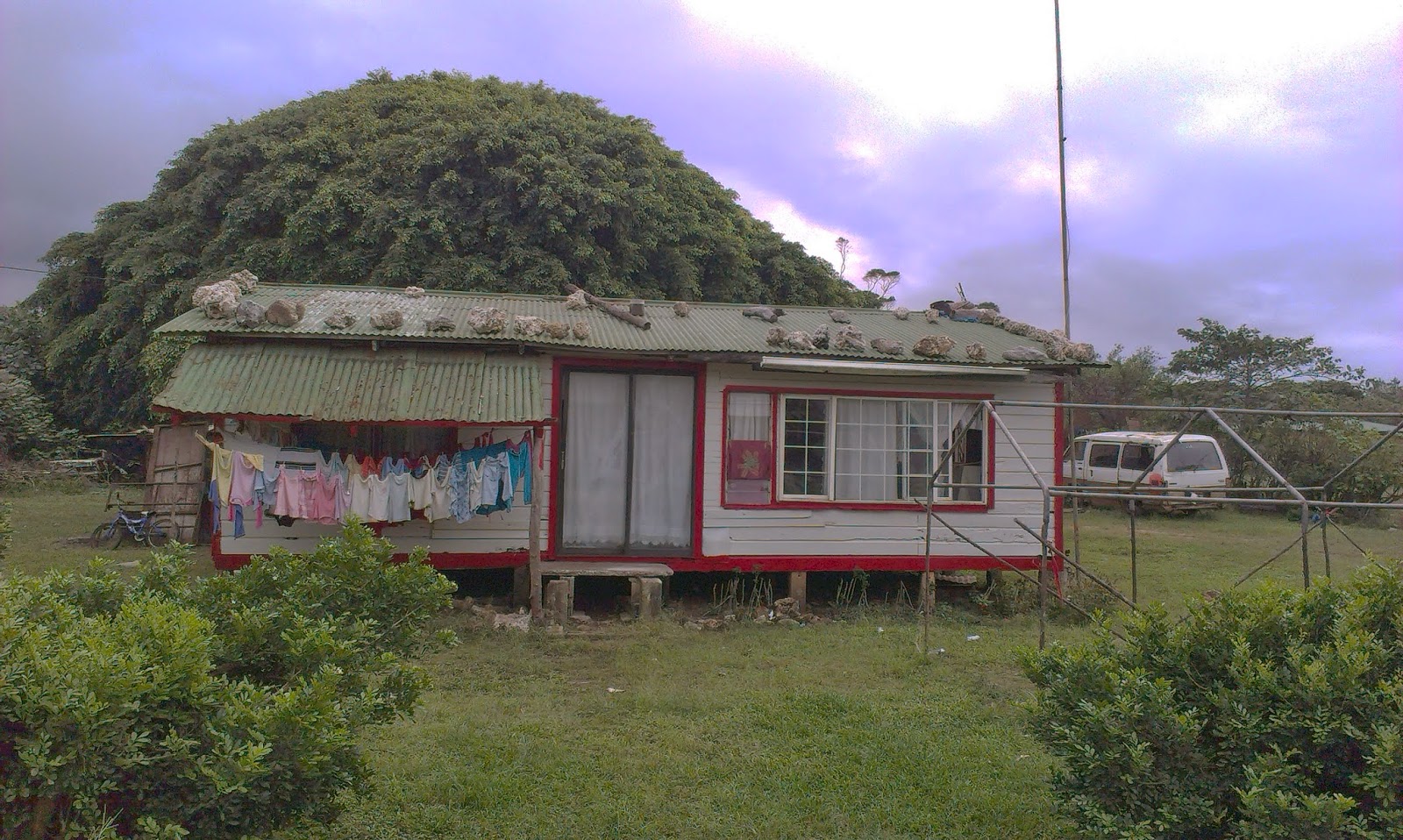 Today I met Timote, clad in a crisp black lava lava and Bundaberg bomber jacket. A good-looking guy, with a sparkling gold filling, he's providing low-interest loans to subsistence farmers to help them generate crop surpluses to sell to market. About half of Tongans cultivate their own basic food needs.

Most of his 347 clients are women, in fifteen villages throughout 'Eua. Cultivating cassava, taro, tapioca, vanilla, and avocados, they are the new upwardly mobile 'Euans. With $1,000 paanga ($NZ 750) loans on the model of the renowned Grameen Bank, they can lift themselves out of poverty and invest in their children's education. Village members approve each other's membership of the 'loan club' and it's a model that has helped revolutionise aid in the developing world.

Big top-down grants from wealthy nations are often soaked up by corrupt local officials and government bureaucrats. Tonga is run by an antiquated feudal monarchy with a woeful record of mismanagement and was judged sixth most corrupt nation in the world by Forbes Magazine. Micro-finance loans empower villagers by placing the money directly into their hands. Defaults are almost unheard of, because of the strong social pressure within the loan club.

Last week I snorkelled the 'Eua reef with a Frenchman from Rouen, an American from Washington DC, and an Englishman all based in the Tongan capital, and all working for South Pacific Business Development, Timote's microfinance organisation. They are idealistic young folk in their twenties, inspired by Grameen founder Mohammed Younis' revolutionary concept.
Posted by John Cranna - Director, The Creative Hub Writing Centre, Auckland at 03:54