The Sea Shepherd vessel Sam Simon is currently moored at Princes Wharf, downtown Auckland, where the Creative Hub writing centre is located. Shepherd's campaign to stop Japanese whaling in the Southern Ocean made for one of the more enthralling reality TV series of recent years. The series featured helicopter tracking, collisions and sinkings, and a variety of other guerrilla tactics against the whalers. After an International Court of Justice ruling early in 2014, the Japanese have called a halt to killing whales. Their explanation that they were taking whales for 'research purposes' was widely regarded as a sham. 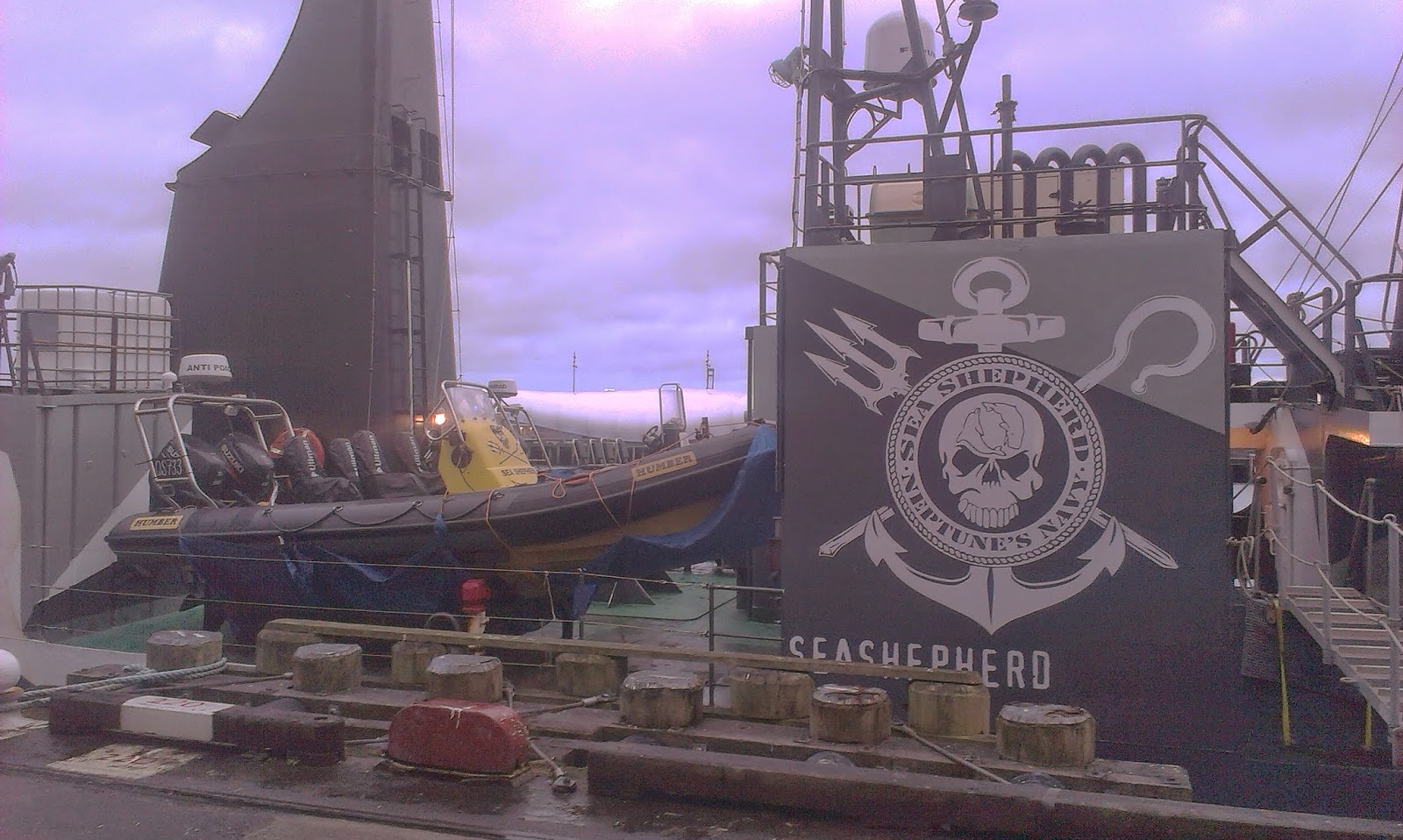 Sea Shepherd can claim credit for exposing the Japanese actions, which have their origins in a complex set of cultural and historical mores, and a desire not to lose face by backing down to Western and international pressure.

French sailor Antoine (clip below) told me the Sam Simon's next mission was a campaign to stop the illegal fishing of the Antarctic tooth-fish in the Southern Ocean. Antoine said Spanish boats sailing anonymously under flags of convenience are plundering the stocks of this remarkable deep water fish which can live up to about fifty years, and reach a length of more than two metres. There is furious debate going on between fishers and conservation groups, with Greenpeace having recently placed the tooth-fish on their red list of protected fish species.